Fake Image Detector: Verify the Authenticity of A Picture on Web

Nowadays with the help of tools and apps, one can change or edit photos by themselves. With these edited images they can portray the impossible. Sometimes these images can lead people to believe hoaxes, especially on social media. Sometimes these images can be breaking news with their impossibility of any news channel. Even people can swap the faces of another person with a different person’s face. And making images like this is getting more common than ever imagined. But to get rid of hoax news or rumors one can always take the help of fake image detector tools.

What Is A Fake Image Detector?

We live in the world of pictures and photos. We take pictures and photos for every occasion, no matter if it’s a regular day or a special day. We use these images in our blogs, on social media timelines, in emails, and even in personal conversations.

But sometimes we are not sure that the image we are using is original or not. For example, you have found an excellent photo online and want to use it with your blog post. How do you know this picture is original? Or maybe you want to share a photo with your friends but don’t know if it’s edited or not. In this case, a fake image detector tool may help you check the authenticity of an image.

All in all, a fake image detector tool is a utility used to identify whether an image is authentic or has been manipulated. This is done by searching for telltale signs of editing in the code of the image, such as repeated patterns. The fake image detector scans the file, looking for these markers and other signs of human interference.

In other words, a fake picture detector is a tool with which one can reveal all the edits and fake add ons of the photo by analyzing all the prior aspects. With this app or tool, one can remove and get rid of all the rumors and deception. So, if a rumor rises with a fake picture before spreading them all over the news or social media using a fake detector tool and proving that the picture is fake is the wiser thing to do.

How To Tell If A Picture Is Real Or Fake

Telling a picture if it is fake or real is tough. You can’t do that easily with bare eyes but it’s obvious that you won’t use fake image detector apps for every picture. Then? You can be suspicious of some photos that are fake with some tips. Then try to detect if that picture is fake.

So, finally, we are letting you know some of the image analyzing tools to detect fake and edited pictures from a source.

Forensically is a fake picture toolset that is free of charge. Basically, it detects if the picture is fake or not. It can perform much-analyzing noise, error levels with the ability of error level analysis, detect clone, extract metadata, etc. It detects like a magnifying glass and that will help you to see the details which you won’t be able to see with bare eyes.

It is one of the best fake picture detector tools. FotoForensics can decode any picture that is photoshopped or fake by working with an advanced algorithm. It uses the Error Level Analysis to identify domains of an image that has different compression levels. For JPEG images the error level is roughly the same.

It microscopes the evaluation process and makes it easier. It highlights the issue which a human eye won’t be able to detect. It can analyze metadata, last save quality is high, adjust colors and detects parasite. 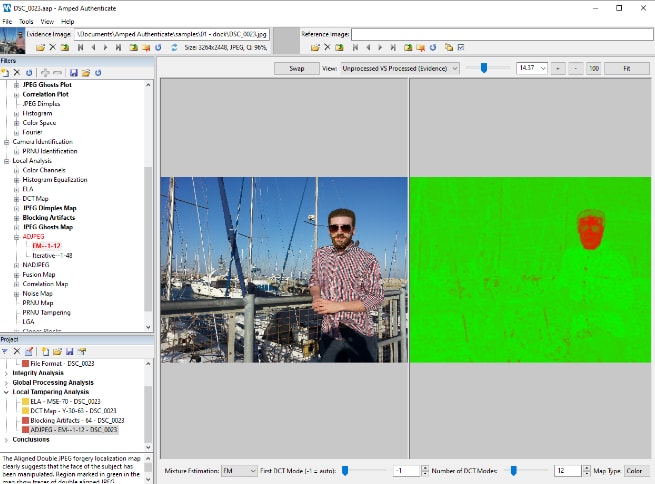 Amped Authenticate is a software set that identifies the authenticity of the image and detects tamper on digital images. It provides different options which can identify if the image is original, trimmed, produced by a specific gadget, or manipulated or edited by software.

Recently it has been focusing on scientific tools. It can take a set of multiple examines, procedures, and reports. It can detect originality by these tests.

Wolfram basically works for complicated data that calculates tough mathematical problems like function and does graphs as well. But later expanded to editing and detecting fake and manipulated images.

It does not examine depending on Exif data rather it has already got popular as the opposite of Photoshopping and became a threat toward the editors that manipulate pictures.

The Clonage branch is there which provides the same kind of pixels on the image. It can be the smallest individual detail or a big pattern on the image. These options will be enough to identify a few edits that created tools like a patch.

Furthermore, it provides Exogene from the Clonage service. The Exogen provides extra parts that are glued. There is a Mosaique option that trails the distortion of the outline of objects. The tool is still in the upgrading process. 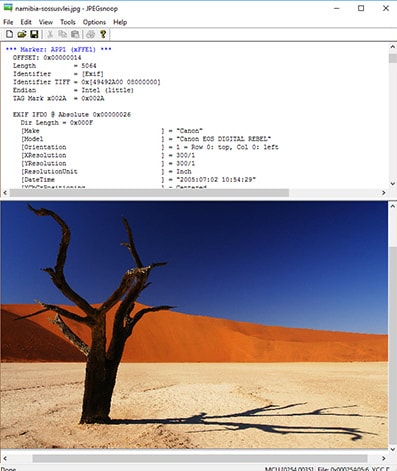 JPEGsnoop is a Windows application or tool that inspects and decodes the internal details of JPEG. Those are basically MotionJPEG AVI and Photoshop files. It can also be accustomed to analyzing the source of an image to check its authenticity. A huge amount of hidden information is contained in digital photos. This service JPEGsnoop has written to bring the details that are curious enough.

It can Bring out information that demonstrates the essence and standard of a JPEG photo compression by the camera which later will save the file. It also can resolve or control numerous amount of sets that are used in digital cameras on taking a photo such as IPTC, EXIF metadata, etc. A certain amount of compression quality level is specified to digital cameras and a good amount of them has fiercely different.

It gives simple command and information about how to check images. Drag your picture to the browser window and press the button.

The tool’s analyzing based on metadata and provides an image header and comments that indicate importance. 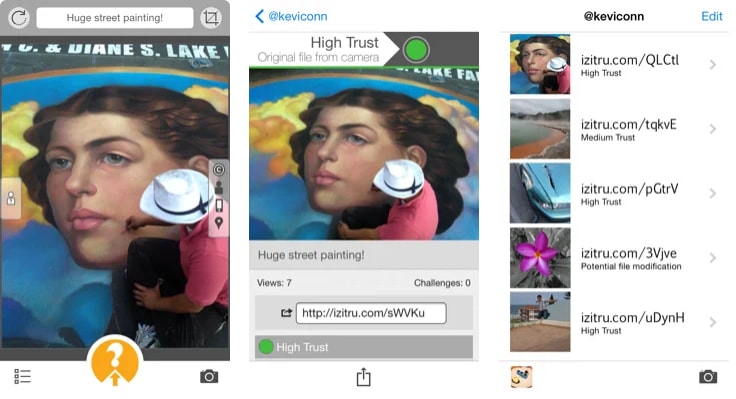 Izitru is another fake image detector tool that has techniques that are forensic analysis and automated. It can verify images taken by a digital camera and not modified. The forensic software it has is very basic and the answer will only be shown in yes or no.

It can only identify pictures of a digital camera that is unmodified and original. It can only give access to basic features.

If you are familiar with Exif, there is another one that can analyses data and detects fake images. All you need to do is upload a picture or use a link in URL format. The tool will provide separate columns.

Findexif can detect the frameworks of a picture. It can attain the data from pictures and can provide information like the location, date even which gadget it is.

Manipulating pictures and distributing them on news and social media by promoting hoax information is also a crime. So, before posting, sharing or any kind of promotion to those pictures detect them if they are a hoax. Use the methods above mentioned and the tools.

How to Take Jewelry Photos with a DSLR