The word “raster” has originated from the Latin “rastrum” (a rake), which is derived from radere (to scrape). The concept originates from the raster scan of cathode ray tube (CRT) video monitors, which paint the image line by line by magnetically steering a focused electron beam.

Besides, it can also refer to a rectangular grid of pixels. The word “rastrum” is now used to refer to a device for drawing musical staff lines.

An early scanned display with raster computer graphics was invented in the late 1960s by A. Michael Noll at Bell Labs.

“JPEG” stands for Joint Photographic Experts Group. It is the name of the committee which initiated the JPEG standard and also other still picture coding standards. The “Joint” stands for ISO TC97 WG8 and CCITT SGVIII. In 1987 ISO TC 97 became ISO/IEC JTC1 and in 1992 CCITT became ITU-T. Currently on the JTC1 side JPEG is one of two sub-groups of ISO/IEC Joint Technical Committee 1, Subcommittee 29, Working Group 1 (ISO/IEC JTC 1/SC 29/WG 1) – titled as Coding of still pictures. On the ITU-T side ITU-T SG16 is the respective body. The original JPEG Group was organized in 1986,[9] issuing the first JPEG standard in 1992, which was approved in September 1992 as ITU-T Recommendation T.81 and in 1994 as ISO/IEC 10918-1. 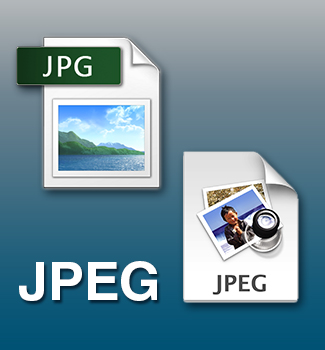 There is a slight increase in compression performance of JPEG 2000 if we compare it to JPEG. The main advantage of this photo format is the significant flexibility of the codestream. The codestream obtained after compression of an image with JPEG 2000 can easily be scalable. What does it mean? It means that it can be decoded in a number of ways; for example, by truncating the codestream at any point, one may obtain a representation of the image at a lower resolution, or signal-to-noise ratio – see scalable compression. By ordering the codestream in various ways, applications can achieve significant performance increases. However, as a result of this flexibility, JPEG 2000 requires encoders/decoders. But they need to be complex and computationally demanding. Another major difference, with JPEG, their visual artifacts: JPEG 2000 only produces ringing artifacts, manifested as blur and rings near edges in the image, while JPEG produces both ringing artifacts and ‘blocking’ artifacts, due to its 8×8 blocks.

GIF was introduced by CompuServe introduced on June 15, 1987 with the aim to offer a color image format for their file downloading areas. This file format replaced their earlier run-length encoding (RLE) format, which was black and white only.

GIF gains popularity because of its capability to use LZW data compression, which was more efficient than the run-length encoding that formats such as those used by PCX and MacPaint, and fairly large images could therefore be downloaded in a reasonably short time, even with very slow modems.

GIF rose up to fame as a result of its ability to utilize LZW information pressure, which was more proficient than the run-length encoding that configurations, for example, those utilized by PCX and MacPaint, and genuinely substantial pictures could hence be downloaded in a sensibly brief time, even with moderate modems. 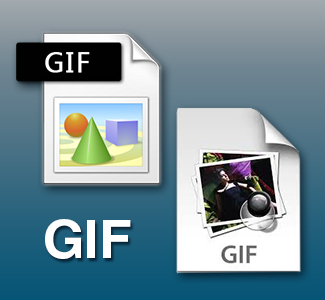 The original version of GIF was referred as 87a in 1989. Next, CompuServe released an enhanced version. It was called 89a. It added support for animation delays (multiple images in a stream were already supported in 87a), transparent background colors, and storage of application-specific metadata. The 89a specification also supports incorporating text labels as text (not embedding them in the graphical data), but as there is little control over display fonts, this feature is not widely used. The two versions can be distinguished by looking at the first six bytes of the file (the “magic number” or signature), which, when interpreted as ASCII, read “GIF87a” and “GIF89a”, respectively.

CompuServe encouraged the adoption of GIF by providing downloadable conversion utilities for many computers. By December 1987, for example, an Apple IIGS user could view pictures created on an Atari ST or Commodore 64. GIF was one of the first two image formats commonly used on Web sites, the other being the black-and-white XBM.

In September 1995 Netscape Navigator 2.0 added the ability for animated GIFs to loop.

The feature of storing multiple images in one file, accompanied by control data, is used extensively on the Web to produce simple animations. The optional interlacing feature, which stores image scan lines out of order in such a fashion that even a partially downloaded image was somewhat recognizable, also helped GIF’s popularity, as a user could abort the download if it was not what was required.

In May 2015 Facebook added GIF support, even though they originally did not support GIF on their site

The motivation for creating the PNG format was the realization, in early 1995, that the Lempel–Ziv–Welch (LZW) data compression algorithm used in the Graphics Interchange Format (GIF) format was patented by Unisys. There were also other problems with the GIF format that made a replacement desirable, notably its limit of 256 colors at a time when computers able to display far more than 256 colors were becoming common. 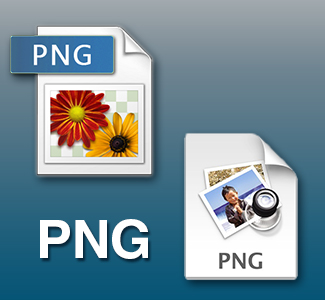 A January 1995 precursory discussion thread, on the usenet newsgroup “comp.graphics” with the subject Thoughts on a GIF-replacement file format, had many propositions, which would later be part of the PNG file format. In this thread, Oliver Fromme, author of the popular DOS JPEG viewer QPEG, proposed the PING name, meaning PING is not GIF, and also the PNG extension.

Although GIF allows for animation, it was decided that PNG should be a single-image format.In 2001, the developers of PNG published the Multiple-image Network Graphics (MNG) format, with support for animation. MNG achieved moderate application support, but not enough among mainstream web browsers and no usage among web site designers or publishers. In 2008, certain Mozilla developers published the Animated Portable Network Graphics (APNG) format with similar goals. APNG is a format that is natively supported by Gecko- and Presto-based web browsers and is also commonly used for thumbnails on Sony’s PlayStation Portable system (using the normal PNG file extension), and as of 2017, usage of APNG remains minimal despite being supported by all major browsers but Microsoft Edge.

The Japan Electronic Industries Development Association (JEIDA) produced the initial definition of Exif. Version 2.1 of the specification is dated 12 June 1998. JEITA established Exif version 2.2 (a.k.a. “Exif Print”), dated 20 February 2002 and released in April 2002. Version 2.21 (with Adobe RGB support) is dated 11 July 2003, but was released in September 2003 following the release of DCF 2.0. The latest, version 2.3, released on 26 April 2010 and revised in May 2013, was jointly formulated by JEITA and CIPA. Exif is supported by almost all camera manufacturers.

WebP is an image format employing both lossy and lossless compression. It is currently developed by Google, based on technology acquired with the purchase of On2 Technologies. 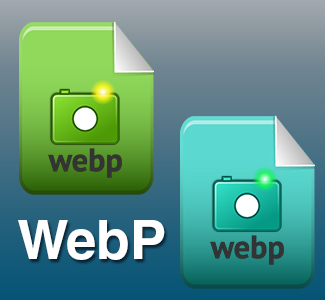 As a derivative of the VP8 video format, it is a sister project to the WebM multimedia container format. WebP-related software is released under a BSD license.

Better Portable Graphics (BPG) is a file format for coding digital images, which was created by programmer Fabrice Bellard in 2014. It aims to replace the JPEG image format as the more compression-efficient alternative in terms of image quality or file size. 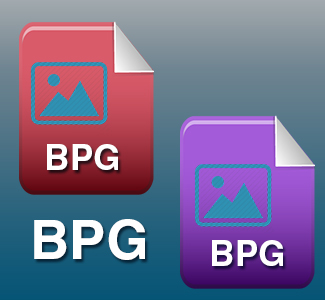 It is based on the intra-frame encoding of the High Efficiency Video Coding (HEVC) video compression standard. Tests on photographic images in July 2014 found that BPG produced smaller files for a given quality than JPEG, JPEG XR and WebP.

Thanks to its portability, high quality, and low memory requirements, BPG has potential applications in portable handheld and IoT devices, where those properties are particularly important. Current research works on designing and developing more energy-efficient BPG hardware which can then be integrated in portable devices such as digital cameras.

While there is no built-in native support for BPG in any mainstream browsers, websites can still deliver BPG images to all browsers by including a JavaScript library written by Bellard. 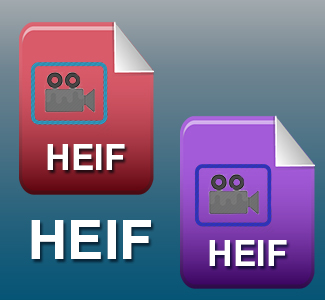 High Efficiency Image File Format (HEIF, often pronounced heef) is a file format for individual images and image sequences. It was developed by the Moving Picture Experts Group (MPEG) and is defined by MPEG-H Part 12 (ISO/IEC 23008-12). The MPEG group claims that twice as much information can be stored in HEIF imageas a JPEG one of the same size, even in better quality.

The requirements and main use cases of HEIF were defined in 2013. The technical development of the specification took about 1.5 years and was finalized in summer 2015.

TIFF was created as an attempt to get desktop scanner vendors of the mid-1980s to agree on a common scanned image file format, in place of a multitude of proprietary formats. In the beginning, TIFF was only a binary image format (only two possible values for each pixel), because that was all that desktop scanners could handle. As scanners became more powerful, and as desktop computer disk space became more plentiful, TIFF grew to accommodate grayscale images, then color images. Today, TIFF, along with JPEG and PNG, is a popular format for deep-color images. 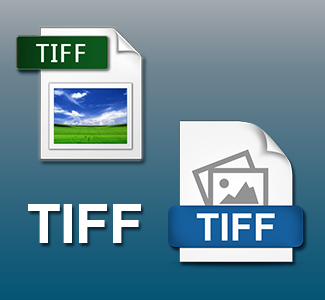 The first version of the TIFF specification was published by Aldus Corporation in the autumn of 1986 after two major earlier draft releases. It can be labeled as Revision 3.0. It was published after a series of meetings with various scanner manufacturers and software developers. In April 1987 Revision 4.0 was released and it contained mostly minor enhancements. In October 1988 Revision 5.0 was released and it added support for palette color images and LZW compression.

PCX, stands for PiCture eXchange. It is an image file format developed by the now-defunct ZSoft Corporation which was located in Marietta, Georgia, United States. 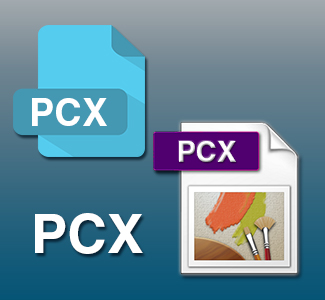 It was the native file format for PC Paintbrush. The file format became one of the first widely accepted DOS imaging standards.  It has since been succeeded by more sophisticated image formats, such as BMP, JPEG, and PNG.

PCX files commonly stored palette-indexed images ranging from 2 or 4 colors to 16 and 256 colors, although the format has been extended to record true-color (24-bit) images as well. Initial release of PCX was in 1985.

Here we have tried to gather the brief history of different types of image formats. Leave your comment to share your opinion.